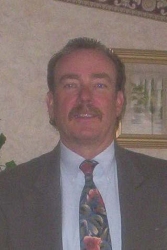 Bill grew up on a farm in NE Kansas. After graduating high school, Bill served 3 years in the U.S. Army as a Battery Clerk in an Artillery unit. Upon returning from Germany, Bill attended Washburn University in Topeka where he received a Bachelor's Degree in Marketing and Management. Bill worked 1.5 years as a branch manager for Fidelity State Bank of Topeka before taking a position with C.I.T. Corporation. Bill held several positions at C.I.T. including credit analyst, inside sales and outside sales rep. during which time completed his Master's Degree from Webster University. Bill then accepted a position with a small leasing company called Bowker Leasing as a sales rep. After leaving Bowker's, Bill accepted an outside sales position with Orix Credit Alliance. In 1989, Bill formed his own equipment financing and leasing brokerage company - Leasing Resources, Inc giving him 23 years of financing and leasing experience. Bill, completed his CMEA certification in October 2004.

NEBB Institute is registered with the National Association of State Boards of Accountancy (NASBA) as a sponsor of continuing professional education on the National Registry of CPE Sponsors. State boards of accountancy have final authority on the acceptance of individual courses for CPE credit. Complaints regarding registered sponsors may be submitted to the National Registry of CPE Sponsors through its website: www.nasbaregistry.org.
Top